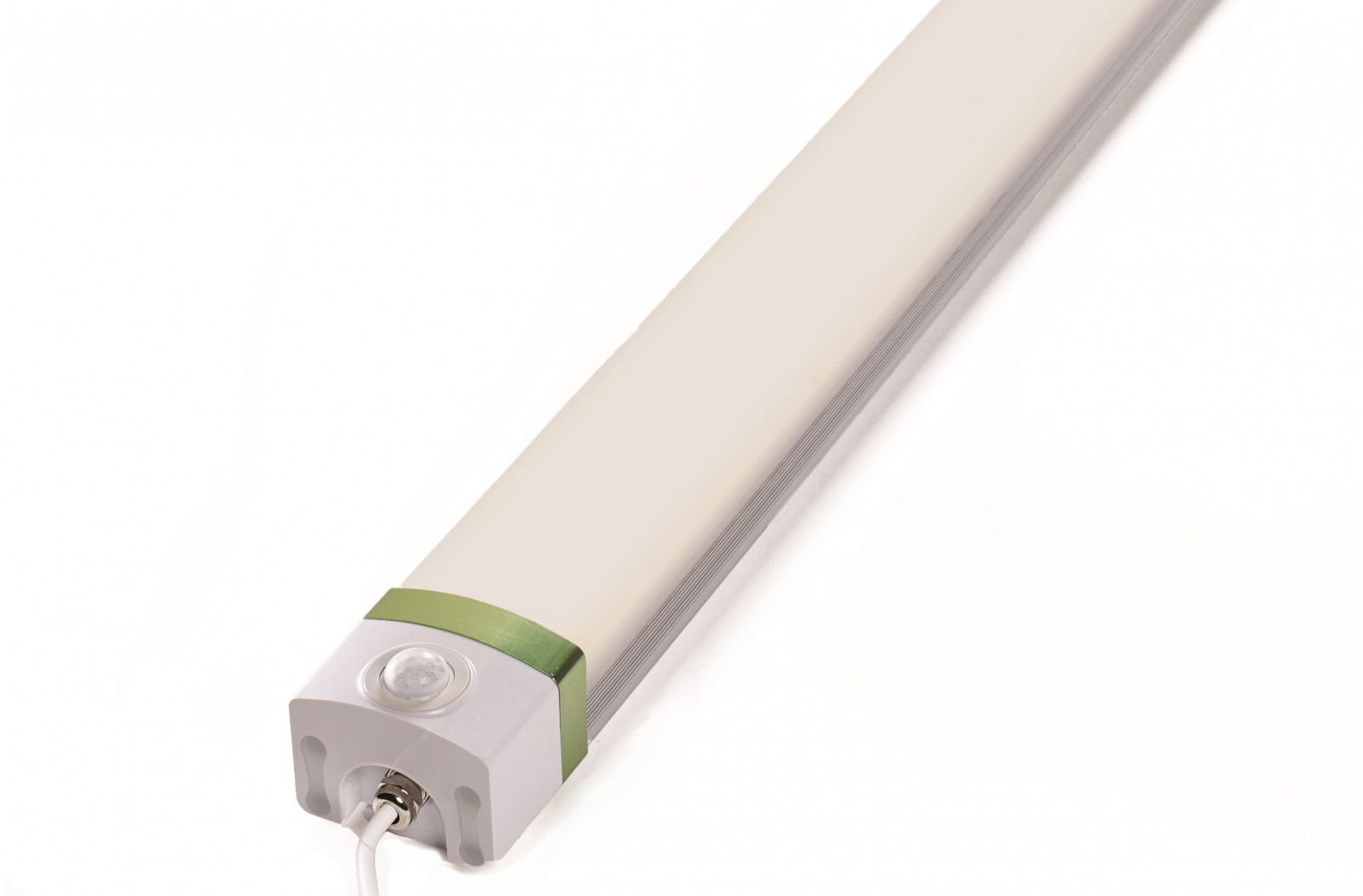 Sapphire from Ecolighting is one of the company’s most popular LED luminaires for use in commercial and industrial environments.

Manufactured by Ecolighting in the UK, Sapphire features high output chip-on-board LEDs and OSRAM driver encased in a linear body with a polycarbonate diffuser, all rated IP54. The 1500mm length luminaire comes in four power ratings of 40w, 50w, 60w and 80w, with up to 9600 lumens, a colour temperature of 4000K and colour rendering of RA80. With lamp life of 50,000 hours, the Sapphire comes with a five year warranty.

Designed for surface or suspension mounting, Sapphire has an impressive efficacy of 160 lumens per watt and can be specified with a number of sensors to maximise energy saving in installations. Here there is a fully programmable DALI PIR sensor or alternatively a programmable PIR sensor and a programmable microwave sensor. These sensors provide various levels of control either dimming down or turning off luminaires when no-one is in the area, so making a substantial difference to energy bills. The Sapphire is ideal for a number of applications including warehouses, manufacturing, workshops, washrooms, car parks and other external uses.

Ecolighting has much experience in utilising the Sapphire luminaire as one of the products in lighting schemes for clients such as British Sugar, Dixons Knowhow, and Allison Bakeries. The combination of such LED luminaires with intelligent controls frequently leads to energy savings of over 80% and payback periods can be under two years. As well as the energy savings, companies are able to write down and claim back tax relief in the first year so making further significant savings on investment. As members of the Carbon Trust, Ecolighting is also able to offer clients low interest loans for investment in LED lighting technology.

Further information on Sapphire and energy saving LED lighting schemes is available from Ecolighting on 01455 552511, by emailing [email protected] or by visiting the company’s website at www.ecolightinguk.com