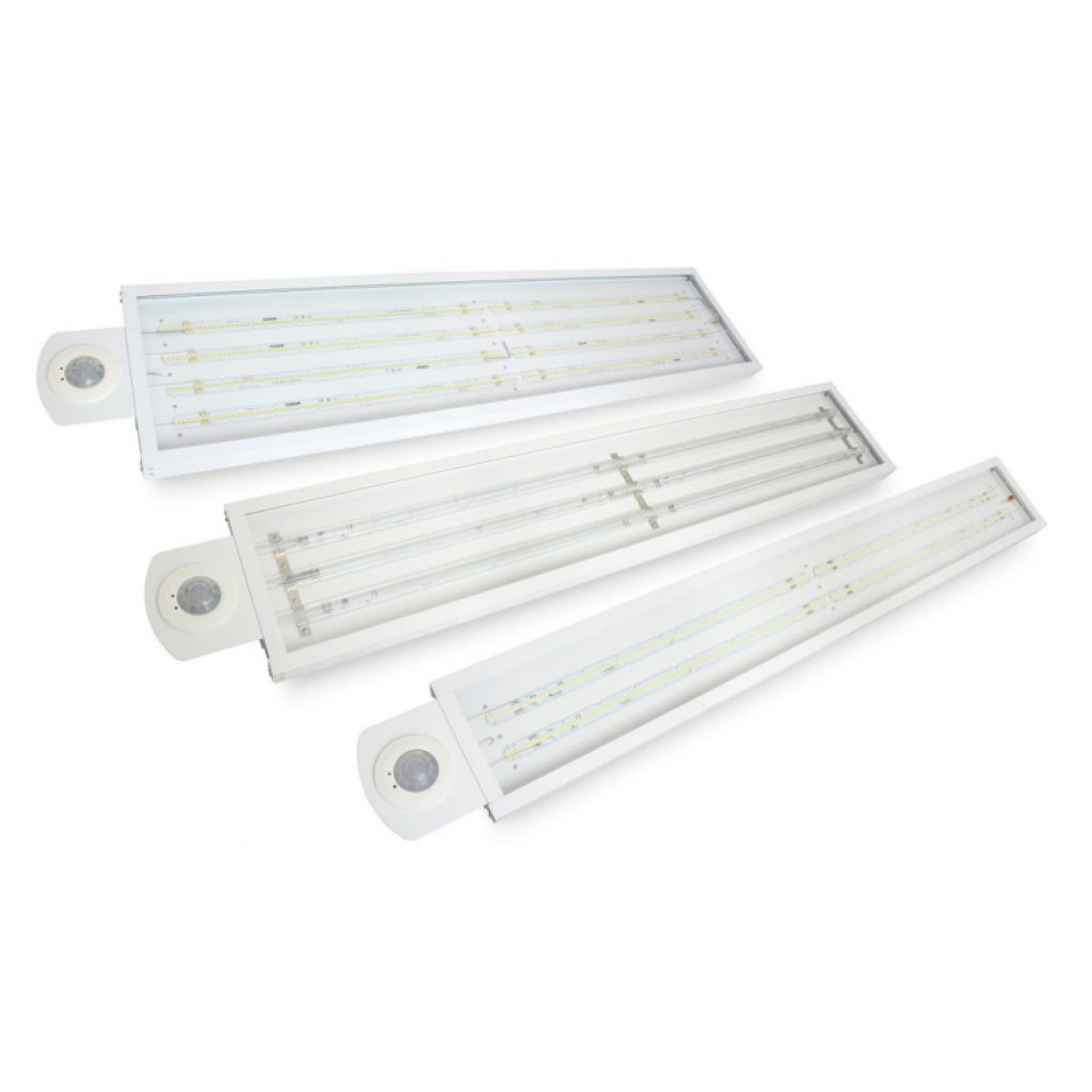 Pegasus from Ecolighting is a top specification LED High Bay luminaire and one of the company’s most popular light fittings.

Encased in a robust yet lightweight and stylish aluminium body, Pegasus uses an Osram driver and top quality Osram LEDs giving 166 lumens per watt and up to 80% energy saving in installations. The IP20 sealed dustproof construction prevents access from insects and makes for easy cleaning. The Pegasus High Bay luminaire is used by Ecolighting frequently for a wide range of applications from industrial, warehouses, cold stores and manufacturing to sports halls and retail stores.

The compact Pegasus luminaire which is 1220mm long and 92mm deep comes in three body widths and no less than 22 different LED power outputs from 70W to 280W. All have a colour temperature of 4000K, a colour rendering of RA80 and have an efficiency of 166 lumens per watt. The large number of LED power outputs means that the Pegasus luminaires can be tuned to any High Bay application and further versatility is offered in the options of 15, 30, 40 and 120 degree beam angles. Pegasus can also be specified with a programmable photocell and PIR to switch the lighting on and off according to people present in the building, or DALI dimmable which allows programmable integrated daylight harvesting with occupancy sensors for the greatest energy savings.

By using top quality Osram LEDs in Pegasus, Ecolighting ensures high thermal conductivity, minimal light decay, pure light, very stable performance and a 50,000 hour lifespan. As a result, Ecolighting is able to offer an eight year guarantee for the luminaire and a five year warranty for the sensor. Installation of Pegasus is very straight forward as the luminaire has been designed with easy plug & play connections and eyelets for suspension mounting.

Further information on Pegasus is available from Ecolighting on 01455 552511, by emailing [email protected] or by visiting the company’s website at www.ecolightinguk.com