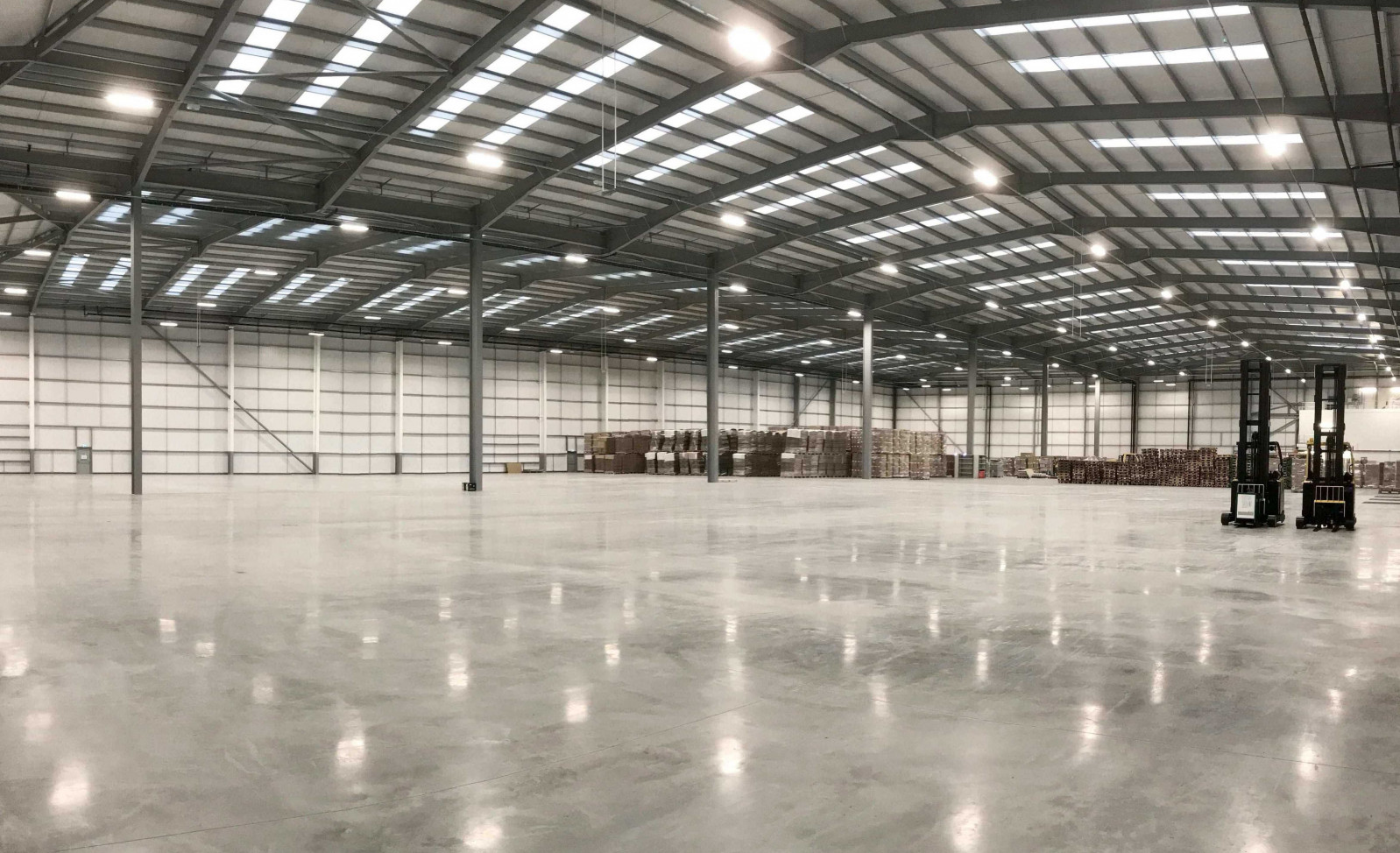 EcolightingUK has recently been specified for the LED lighting at the new build 85,000sqft PFSweb warehouse in Southampton for client Conexus Ltd.

Based in Basingstoke, Conexus, which was acquired by global commerce service provider PFSweb in 2016, is a leading consultant and system integrator for omni-channel commerce solutions. The company has engaged with some of the world's top brands and partners with leading business and technology companies, including SAP Hybris, Rackspace, and others.

After taking over a new unit at Mountpark Southampton, the south coast’s premier industrial and logistics development, Ecolighting was chosen by PFSweb for its reduced costs against competitor prices and the efficacy of its fittings.

Ecolighting was recommended for the installation by an existing client to the M&E contractor. The specification was to provide the brand new warehouse with full illumination as well as full bus bar installation to provide power to luminaires. All luminaires supplied have both daylight harvesting capability and occupancy control.

Lisa Cooley, General Manager at PFSweb, commented, “The new system is energy saving and works well with the control system we currently have in place. We like that the lights time out when an area is not in use and found that Ecolighting were the best solution for our requirements. We are very pleased with the results and would highly recommend them to complete an installation for anyone in the market looking to upgrade their current lighting or to install a new lighting system.”

The mainly open area warehouse with a small percentage of racked area was assessed by Ecolighting and 67 240W 120 degree beam angle and eight 180W 40 degree beam angle Pegasus LEDs and 32 Altos emergency lighting luminaires were chosen as the best solution.

Ecolighting’s compact Pegasus luminaire is a top specification LED High Bay luminaire and one of the company’s most popular light fittings. Encased in a robust yet lightweight and stylish aluminium body, Pegasus uses an Osram driver and top quality Osram LEDs giving 166 lumens per watt and up to 80% energy saving in installations. The sealed dustproof construction prevents access from insects and makes for easy cleaning. The Pegasus High Bay luminaire is used by Ecolighting frequently for a wide range of applications from industrial, warehouses, cold stores and manufacturing to sports halls and retail stores.

The Altos emergency luminaire from Ecolighting is part of the company’s flagship LED high bay lighting solutions designed for use in mezzanines, warehouses, in manufacturing, freezers/chillers and areas with high ceilings.

As one of the UK leaders in LED lighting solutions to commerce and industry, Ecolighting has worked with many other big name companies such as Amazon, Bibby Distribution, Kuehne Nagel, Debenhams, Carlsberg, Culina, Cadbury and Great Bear.

Further information on energy saving LED lighting schemes is available from Ecolighting on 01455 552511, by emailing [email protected] or by visiting the company’s website www.ecolightinguk.com